President Obama accepted  the election victory with a tweet today.

Note: Tweets at @BarackObama are by Obama team but the one by the President are signed with - bo

Here are my favorites tweets and facebook updates as we celebrated the election results today.

This funny Tweet was how I found Obama Won from @@kellyanncollins! (Screengrab from her blog) 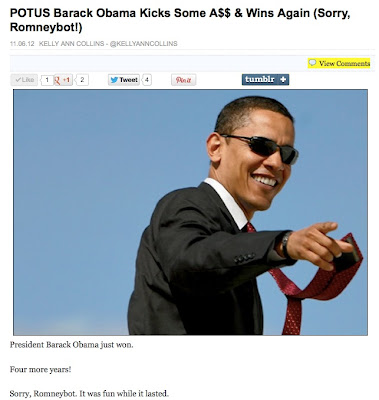 While he waited, Obama posted a Thank You message on BarackObama.com (Twitter, then Web) 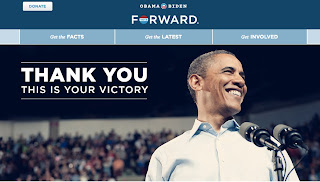 My Favorite is a quick Limerick from Jeannie on my Facebook Feed. 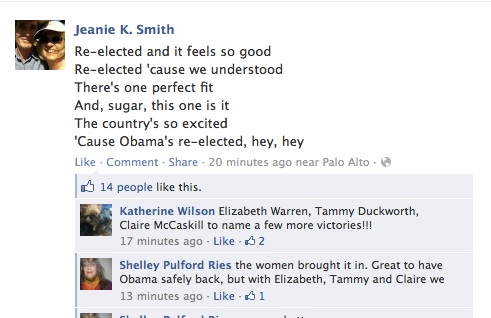 For those who complain about Tweets being limited to 140 characters, checkout the victory excitement in even fewer characters! 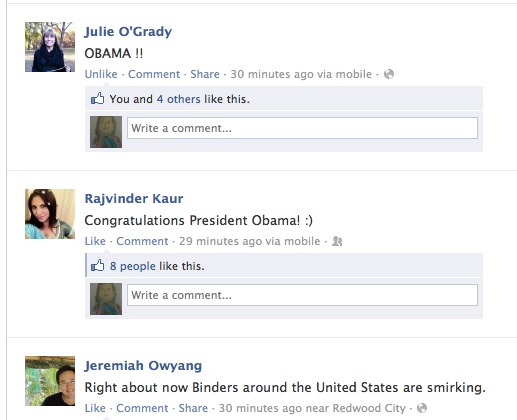 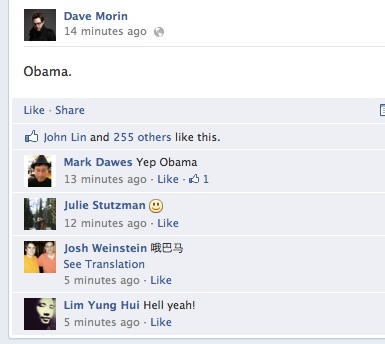 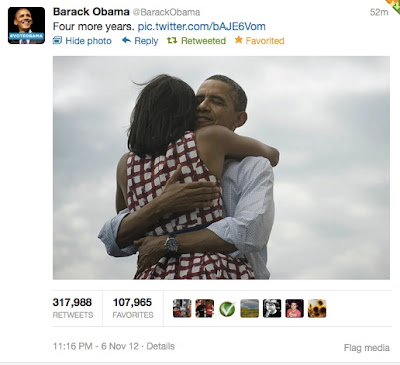 My personal favorite is a spontaneous Geeky Tweet by Kim.

How can this election results be complete without a Binder full of Women!

Last but not the least is the Funniest Tweet Ever!