Its a good event if it still lingers on in the background of your mind as you get closer to the weekend. Snap Summit 2008 was one such 1-day event packed with good content - all focused on the entrepreneurs and tech geeks in the valley.

Cassie is an energy ball and Christian Perry is the well prepared partner with questions for every session in case there is a lull in the audience, which was very rare.

Lets talk about the talks

I moderated the first panel of the day about Critical User Mass.

Next, Max Engel of Myspace gave an excellent presentation about Data Availability.

Heres my qik stream (its starts with zooming in on my panelists and Mr.SocialMedia Dave McClure, and then I sat for the Myspace talk). Myspace is commited to adapting open standards like openid, xrds-simple, oauth, portablecontacts and opensocial


Lets talk about the talks


Interesting to note in this video is the conflicting advice from the panelists about how to survive the current economy!

Dave Morin presented Facebook Connect and made a clean case for it!


This was followed by an excited audience Q&A

The audience energy talks about the event and it was excellent.

Tim Burks of iphone meetup was excited about the conference.

Overall a day well spent! Social, apps, and consumer user generation with cool tech products are all in! 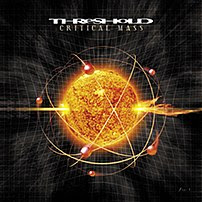 Image via WikipediaI am heading out to SNAP Summit to moderate a panel called "What is Critical User Mass and How Do You Get There?" at 9.30am this morning in San Francisco.

Critical mass of users is the moment when a social site naturally becomes viral, when it works well on its own, when it is considered a "success".

Ping me with questions, on twitter @sujamthe or on facebook. What do you want to see in this panel?

I am here at Web3.0 Conference in Santa Clara only for day2.

I am sitting at the Keynote: The Road to Semantic Search by Scott Prevost,General Manager & Director of Product, Powerset.

I usually take videos using my flip camera. Today I am doing a live video streaming using Qik on my iphone.

I sooooo wanted to go back on Day 2 to hear Lasandra Brill of Cisco and Ed Terpening of Wells Fargo but had to stay back at work, sweet work!

Lasandra is a true social media person - shares her experience with pc booting in a presentation in her blog.


Building a Community with Social Media and Web 2.0 - A Cisco Product Launch Case Study
Does anyone have Ed's presentation summary too?

I went to SF city to start an interesting work project in the afternoon and decided to stop by at the Social Media Summit at Moscone West on Oct 1st.

I believe if I meet an interesting person or learn one thing new, my time at a conference is well-earned, but today I found both!

Social Media according to Charlene Li

I have followed Charlene Li and seen her only at big screens from a distance in conferences and today I missed her keynote before I came in and heard many references to her talk.

Then I met her! She has a gift for articulating the essence of key technologies and their business impact. She spoke about Social Media and why it is important for marketing.

I found Shel Israel is working on a new book about twitter. He was ready to talk about "Conversations" and not about "Brand Extensions".


I attended a session by Eric of Ticketmaster about extending a brand to social media.

It was by far the best presentation I have seen summarizing real life experience of extending an existing brand to social media.


Erik Hom of Ticketmaster at Social Media Summit 08 in SF from sujam on Vimeo.

I work with Demo conference advising them on extending their brand to social media and you have seem my tweets, friendfeed, facebook fan page, youtube videos all from demofall!

Erik gave a very structured talk for all aspects of extending your brand.
What I liked best was that he was unassuming and shared his real experience of executing on it.

Ticketmaster partnered with ilike and added it to their site to create user engagement. They tried facebook apps, twitter etc with lot of applications built based on real business case.

Their facebook apps did not yield results. Twitter was successful as their affiliates adapted it and found it useful to get real time stats faster than their existing system.

Erik was very clear that his focus was all on real business goals. Users know and related to ticketmaster as a brand but come visit twice a year on average and his goal was to create social conversations to increase that to 4 times a year.
Posted by Sudha (Su) Jamthe at 11:29 AM 10 comments: